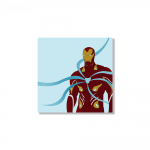 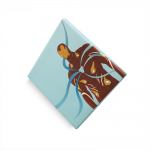 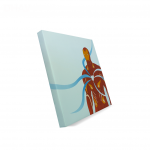 Growing up being a massive superhero fan watching most of the iconic Marvel movies from early 2000s such as Hulk, Spiderman and Fantastic Four. I quickly fell in love with the Iron Man character with its first movie introduction in 2008, I just appreciated how awesome Robert Downey Jr played the multi-billionaire playboy, inventor and superhero role so well. Fighting villains, crooks and any sign of evil to protect the world.

Now with the recent years of Marvel movies with teams that consist of other superheroes joining up to battle against enemy threats to protect planet Earth. I felt even more connected to the Iron Man character throughout its final years in the MCU, which was highlighted massively in the movie Avengers Infinity War. I absolutely loved how Tony was willing to sacrifice so much to save his superhero friends and fight against Thanos. One of the Marvel universes strongest enemies.

Therefore as an appreciation for the masterful Iron Man character, I created a limited run of just 5 pieces of my digitally drawn Iron Man illustration into a canvas. It’s based on the Bleeding Edge suit with a unique wave design coming out from the Arc Reactor. Colours of the background is a very subtle baby blue to complement lovely base dark red, gold and silver details of Iron Man. You won’t be disappointed having this in your room as it looks phenomenal in every angle. Perfect gift for any superhero fan or someone who just appreciates illustrations with a twist.

Its a 20cm x 20xm size which can be stuck onto your wall anyway you like!

There are no reviews yet.