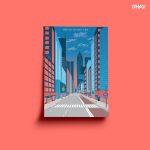 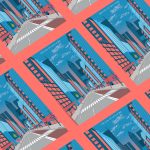 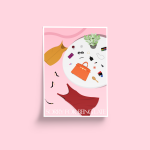 Sorry For Being Late A3 Poster Print 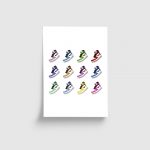 Sneaker Skittles A3 Poster Print
5.00 out of 5
2 customer reviews|Add a review

I used extensive time in researching and roaming around google maps to find objects, buildings and information to fill up this wonderfully unique piece of illustration. I even thought about the different window buildings while keeping the orange and dark red theme consistent throughout my work. I also changed up the different style of windows throughout each building where some have a unique design. I added a “pineapple” logo on one of the buildings on the left as a small gimmick for an actual Apple store that is located in every city in the world. It’s something I wanted to add into my illustration as the city is heavily reliant on technology and communication.

I have also paid a small tribute with the twin towers in the distance as it will always be part of the wonderful city. The Empire State Building is on the right-hand side as I wanted people to realise this is NYC based on that one piece of an iconic building. The window pattern has it’s own distinctive design so it’s easier to spot but hard to not notice due to the large scale.

I hope to visit America someday as NYC has always been a spot where everyone from around the world desires to see with diverse culture, great food restaurants, empire state building, time square and landmarks.

2 reviews for Dreams Of New York

You've just added this product to the cart:
Manage Cookie Consent
We use cookies to optimize our website and our service.
Manage options Manage services Manage vendors Read more about these purposes
Preferences
{title} {title} {title}